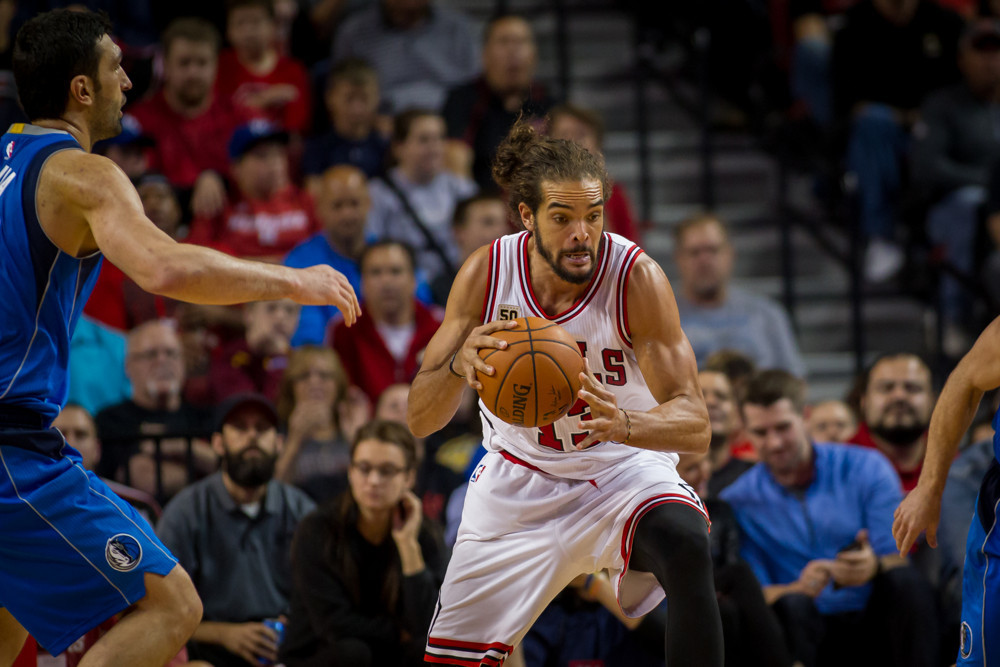 I spent the majority of the day today dreading the news that eventually came, that you would be out for what will in all likelihood be the rest of the season, and should you decide to go elsewhere, for your Bulls career. So in light of that, I want to say thank you.

Thank you for being you. Your fighting spirit is a constant inspiration to me. You may have been beaten when you were on the court, but you were never defeated, and that tells a lot about who you are as a person.

The screams and fist pumps from you were never contrived. They have all come from the pure competitive fire that drives you and has always made you better than your athletic ability or physical attributes. The greatest thing about you has always been the heart you played with.

You’ve grown so much since your teammates suspended you in your rookie season. Not that I’m trying to open up old wounds, but in receiving that punishment, you showed the kind of humility and willingness to learn that has made you such a great player.

You were a part of the best Bulls teams since Michael Jordan retired. You have been a pivotal part of bringing the Bulls back to contender status. More than anyone, you embodied your era of Bulls history.

Whether it was calling out LeBron for dancing at the free-throw line or throwing hilarious shade at the entire city of Cleveland, whether it was that fantastic comeback in against the Pacers in the 2011 playoffs or your role in the historic series against the Brooklyn Nets two years later, you were at the center of it.

Every fight the team has ever been in, you were the heartbeat pumping the blood that flowed and made it happen, and with it, you inspired a city.

The thing we’ll miss the most about you isn’t what you did on the court, as much as we loved your performances, particularly in your 2014 nightly near triple-doubles that happened after your longtime teammate Luol Deng was traded.

It was what you said aid in the immediate aftermath of that incident that will always stick with me as your signature moment.

“We didn’t do anything yet. We just want to represent. We know this is a city that … even when I come to the game, I see the guy selling the newspapers on the streets. [It’s] cold outside — when he sees me driving by, he’s excited. You know what I mean? He’s excited. He’s like, ‘All right. Let’s go Bulls! Get it done tonight!’ I feel like I play for that guy. Like when I look at the top of the arena, and I look up top and I see teams call timeout, and I see the guy who looks this big and he’s up cheering up and down, jumping up and down, that’s the guy I play for. To me, that’s what this city represents. There’s a lot of hardship in here, a lot of adversity in this city, and I feel like when I play basketball I want people to be proud of their team.”

You didn’t just play in Chicago. You embraced Chicago and made it your own city. You loved us, so how could we not love you?

Even when it comes to programs like Noah’s Arc Foundation, the very premise of which is to help children have the courage and confidence to be who they are and can achieve what they dream, you imbue your passion into us.

And in your ubiquitous efforts to help stop gun violence in the city, your unrelenting belief that something can be done about it makes it seem more feasible that there can be.

So when I think about what I want to write to you, there’s all kinds of battles you fought, with great individual games, comebacks, finger-gun holstering (until you put them away for good), hand clappings and impressive stats that I could recount—and those images flood my mind. And there’s the great work you’ve done with children and other  programs.

But the ultimate thing, the real thing is how much you fought, believed, tried, struggled and overcame. And reducing you to what you did on the court isn’t fair.

If you had a flaw, it was that you fought too hard, believed too greatly and gave too much on the court. Your soul was bigger than your body, so your body gave out. We don’t fault you for that. You gave us everything you had and then gave us more.

So if you never play another game for Chicago, know this: We thank you. As a city, we love you and wish the very best for you. Thank you for inspiring us.

Comments
SAVE ON NBA TICKETS TODAY!
Tweets by @TodaysFastbreak

Jimmy G Better — The G Stands for Gets
Roundtable: What Do Bulls Do in Wake of Joakim Noah’s Injury?
To Top
This site uses cookies to improve your experience. Read more.