Portland at Dallas (Over/Under 215): This is a fairly big matchup with regards to the playoff picture, and there could be a ton of value with multiple Mavericks injured. Damian Lillard is a great play in the spot, and I’d consider C.J. McCollum as well. As for Dallas, you’ll need to watch the injury report, but if everyone is healthy, Dirk Nowitzki is the play.

Sacramento at New York (O/U 211): I was off the Kings after watching them nonchalantly play the Lakers a few games ago, but they showed signs of life against the Pistons, so I don’t mind going to them tonight. DeMarcus Cousins is my top priority on the team, with Rajon Rondo under consideration also. For the Knicks, it’s Carmelo Anthony or bust, with Robin Lopez a tournament option for me.

Jrue Holiday, NO ($8,000): With Anthony Davis potentially lost for the season, the Pelicans become Holiday’s team. The matchup with Chris Paul is typically one that I like to avoid, but Holiday should see his usage climb over 30, giving him a considerable floor and ceiling in this one. In his last game, he dropped 47 DraftKings points in 38 minutes.

Tim Frazier, NO ($3,700): Even if he doesn’t draw the start, and even if you want to play Jrue Holiday, I recommend using Frazier, who’s seen 26 minutes per game in each of his first two games with New Orleans. The result has been 33 and 21 DK points, and it’s possible that Frazier could see plenty of garbage time if the Clippers blow the Pelicans out.

DeMar DeRozan, TOR ($7,800): With my go-to, Khris Middleton, in a bad matchup, and Victor Oladipo now rivaling DeRozan in price, I feel comfortable siding with the Raptors guard if I decide to pay up at the position. DeRozan is a consistent source of DK points, hitting at least 30 in each of his games in March. There’s the possibility that Kyle Lowry rests – the head coach has been hinting at it over the last few games – so the usage could skyrocket as well.

Avery Bradley, BOS ($5,000): Bradley doesn’t have the most upside on the board, but he plays heavy minutes and gets a great matchup with the 76ers. That combination makes his $5K price look rather enticing, and he could be a solid floor guy to help fill out your roster tonight.

Carmelo Anthony, NY ($8,500): Assuming Anthony plays, he’s the class of the small-forward position. Giannis Antetokounmpo’s price has come up, and he now has to face the Jazz, Gordon Hayward is clearly hobbled by his foot issue and Chandler Parsons is currently questionable. Looking at how the small-forward pool stacks up, Anthony’s matchup against the Kings thrusts him to the top of the pool. Make sure there are no limitations on him due to his migraine issue and feel free to pay up and roll him out.

Others to consider: Giannis Antetokounmpo, MIL ($9,600)

Jerami Grant, PHI ($5,300): This isn’t a great price for Grant, but I love getting a small forward who actually plays power forward. The matchup with Boston should be a good one as well, as they aren’t a lockdown frontcourt by any means, especially without Jae Crowder. This game should be up in pace, which should allow Grant to get some transition buckets and have plenty of opportunity for those defensive statistics that allow him to reach his upside.

Ryan Anderson, NO ($6,400): Without Anthony Davis available, Anderson’s usage rate climbs to around 30, making him a potential value play even with his increased price tag. He’s riding a two-game streak of 40+ DK points, and has put up 21 shots in each of those contests. Expect a similar scoring workload for him tonight against the Clippers, while acknowledging that 30-35 DK points would signify a successful outing.

Kristaps Porzingis, NY ($5,700): The value at power forward is virtually non-existent, so if you need to save some money I recommend simply grabbing Ryan Anderson and moving on. However, Porzingis is underpriced for his upside, and gets a great matchup with the Kings. He’s become more volatile than ever in the latter stages of his rookie season, so there’s measurable risk involved with using him. The upside of that risk is Porzingis seeing 30+ minutes and easily achieving value.

DeAndre Jordan, LAC ($7,600): With no Anthony Davis in the paint, Jordan should be the favorite to pull down each and every board while he’s on the floor. That alone gives him a great floor, but the upside is huge against a team that gives up scoring numbers to centers at a high clip. The only concern here is a blowout, but there isn’t a better option if you’re paying up at center.

Mason Plumlee, POR ($4,400): In the past two games with Meyers Leonard out, Plumlee has seen 28 and 29 minutes. I’d expect a similar workload tonight against Dallas, and that should lead to 20-25 DK points as a result, with the upside for more. When Dwyane Wade scored a basket just after halftime in Saturday’s contest versus the Cleveland Cavaliers, he etched his name in the... With four teams wrestling for the final two playoff spots in the East, there are many factors that will determine who makes... 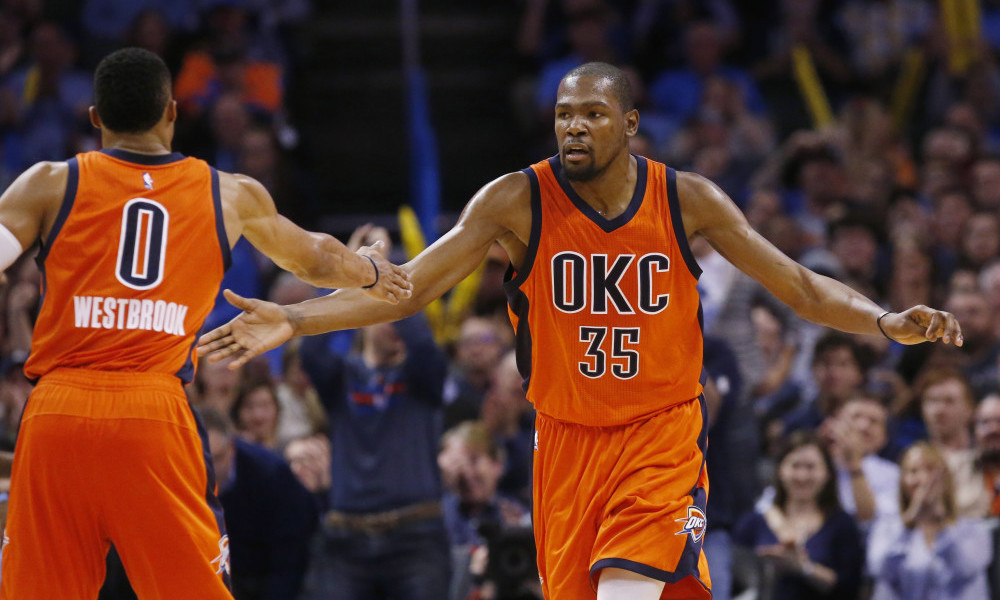 Oklahoma City Thunder Boast The Best Not To Win

The Oklahoma City Thunder showcase the league’s most talented duo and yet the success of the franchise has been limited. Many teams... The Miami Heat are filled with wily veterans. Those who are familiar with the team building history of Pat Riley in his... The resurgence of Luol Deng

Luol Deng was a steady presence with the Chicago Bulls for nine-plus years, even becoming a two-time All-Star under former Bulls head... 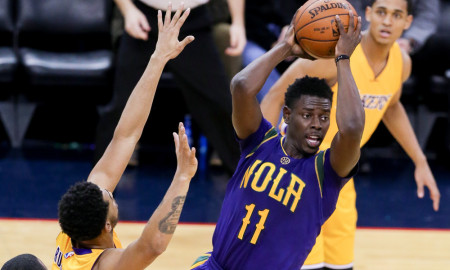 The Play: Pelicans discover yet another roster combination

The Play: In the fourth quarter of the New Orleans Pelicans’ 109-105 victory over the Los Angeles Clippers, Toney Douglas confidently drives... Ish Smith not the gift that keeps on giving

In terms of the basketball landscape, things are incredibly bleak at the moment in Philadelphia. It’s basically a Charlize Theron and Tom Hardy-navigated...